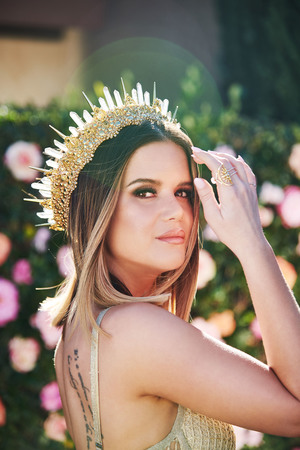 “I am blown away by the support this last week,” says Morris. “My fans were already screaming the lyrics at the show the day after the album came out. I am so shocked and thankful to have broken this record for country music!”
GIRL, released March 8 on Columbia Nashville, has also broken Apple Music and Amazon streaming records. The album, Morris’ second, features history-making title track “GIRL”—which had the highest debut on Billboard’s Country Streaming Songs chart by a female artist and the highest weekly streams by a female country artist ever—as well as Brandi Carlile collaboration “Common” and “The Bones.” Watch Morris perform the album’s title track on “The Tonight Show Starring Jimmy Fallon” here, and her performances on “TODAY” here. Morris will appear on “Watch What Happens Live” tomorrow, March 19.
Additionally, to cap off an outstanding release week, Morris took home the 2019 iHeartRadio Music Awards for “Song of the Year” and “Dance Song of the Year” for her massively acclaimed hit “The Middle” with Zedd and Grey.
Morris is currently on the North American leg of her GIRL World Tour with stops in San Francisco, Los Angeles, Houston, Dallas, Philadelphia, New York and beyond this spring before heading to Europe and Australia. Visit marenmorris.com for full tour details.
GIRL comes three years after Morris’ breakout debut album Hero and explores how her life has changed since then—a skyrocketing career, falling in love, becoming engaged and then married—and the highs and lows in between.
Morris is fresh off the heels of five Grammy nominations including Record of the Year and Pop Duo/Group performance for “The Middle,” Country Solo Performance for her Elton John cover “Mona Lisas and Mad Hatters” and Country Duo/Group Performance and Country Song for her Vince Gill collaboration “Dear Hate.”
“The Middle” broke the record for most weeks atop Billboard’s Hot Dance/Electronic Songs chart, also making Morris the first country artist to top that chart. Morris was the most played female artist on country radio in 2018 and 2017, fitting for the artist who was awarded Top Country Female Artist at the 2018 Billboard Music Awards and New Female Vocalist of the Year at the 52nd Academy of Country Music Awards in 2017.
Morris is a Grammy award winner for Best Country Solo Performance at the 59th Grammy Awards and was named New Artist of the Year at the 50th Annual CMA Awards.
The 28-year-old singer-songwriter from Arlington, Texas got her start playing in bars around her hometown and quickly made a name for herself with her Gold certified debut album Heroand its Platinum “My Church,” Gold “80s Mercedes” and “I Could Use A Love Song.” Heroand its singles topped charts nationwide, set Country radio records, and were some of the most critically acclaimed of 2016.