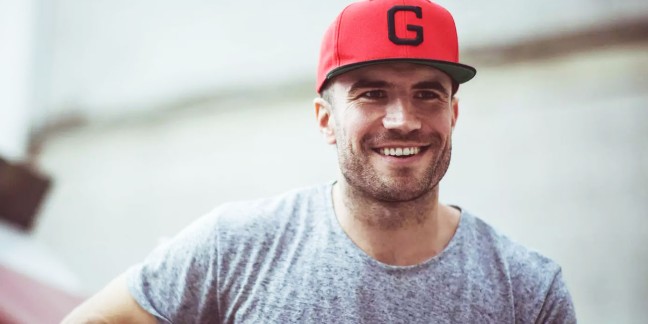 Spring is officially here, which means music festival season is in full swing and the countdown to Stagecoach 2016 has begun.  What artists should you be sure to leave the Honky Tonk tent to catch this year? Let’s start with one of the new kids on the block.

If you would have mentioned the name Sam Hunt a few years ago, images of him on the University of Alabama at Birmingham football team may have surfaced.  A mere year ago, it may have been pictures of a musician from a small town in Georgia ready to go on tour with his new album Montevallo.  That image now, however, has changed quite a bit to a Grammy-nominated 31-year old bringing a unique sound to the realm of country music.

At a first look, and listen, Sam Hunt doesn’t seem like the typical country music artist.  But that was the intention.  In regards to his untraditional look and sound, Sam Hunt received comments from peers and producers in Nashville trying to pigeon-hole him, saying he had to dress in the traditional country garb of boots and jeans and sing with a southern twang.  In an interview with Billboard magazine, Hunt commented “I deliberately dressed differently, which has broken down stereotypes.  People who might not have listened to me if they’d seen me sitting on a hay bale in a barn on the front of a record – they give the music a chance.  The most flattering thing I hear is, ‘I didn’t think I liked country music before I heard your record.’”  This is exactly why Hunt’s fan base grew so fast, and is so diverse.

Hunt began his career in music with songwriting, shortly after teaching himself how to play on a secondhand guitar he bought for himself.  Finding one’s niche in his new home of Nashville, among a sea of artists who had been in the industry years longer, was Hunt’s first feat- but it didn’t take long.  He emerged as a co-writer to Kenny Chesney’s “Come Over”, followed by writing Keith Urban’s “Cop Car” which has an acoustic feature on Hunt’s album Montevallo. Hunt began to be recognized by what many would be considered “the greats” of country music, and next came the birth of his first album in 2014 titled Montevallo, which debuted on Billboard 200 at No. 3 and on the Top Country Albums Chart at No. 1.  By 2016, the album reached double platinum and reached over a million in sales in the US.  This same album was also nominated for Best Country Album at the 58th Annual Grammy Awards.  Montevallo quickly received positive reviews and critiques from artists of all genres, who were quick to applaud the album’s unique mix of hip hop, R&B, pop music, and country elements.

The thematic focus of his songs is yet another instance Hunt aims to distinguish himself.  The music video for “Take Your Time” brings the topic of domestic violence to light, featuring a young woman in an abusive relationship.  Hunt speaks about women with respect and esteem rather than the objectification which is all too common in today’s music industry.  This alone has been key in connecting with and winning the hearts of female fans- although his 6-foot-3 athletic build doesn’t hurt either. His performances are no less unique than his sound and sense of style.  Featuring covers by Whitney Houston, Beyoncé, or Jay Z and Kanye West or including his own style of rap verses into his songs, Hunt displays a desire to distinguish himself amongst the country crowd in pretty much everything he does.

Needless to say, Sam Hunt is one you won’t want to miss at Stagecoach 2016.  Performing among the most classic of country artists, his drive to continue to stand out and push the boundaries of what it means to be a country music star will be bigger than ever.  Whether it’s covering the latest song on the hip hop charts, or remixing a song off of Montevallo with an unexpected stylistic twist, his performance in Indio that weekend is sure to impress, entertain, and add to his ever-expanding fan base.